Policy Proposals  U.S. and Canada Report on the Keidanren Mission to the United States

1. Significance of the Mission 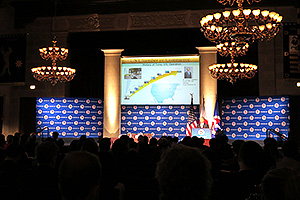 Chairman Sakakibara's Speech
at the US Chamber of Commerce 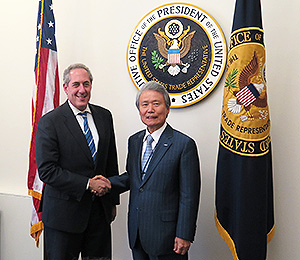 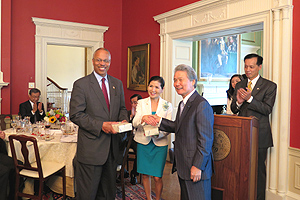 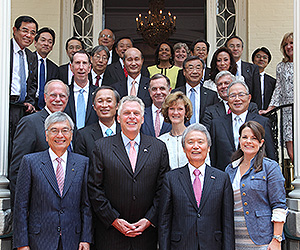 (Virginia) With Governor McAuliffe
(Photo provided by the State of Virginia) 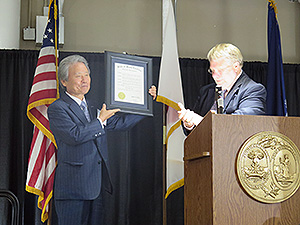 2. Group B (Group Leader: Mr. Iwasa, Chairman of the Board of Councilors, Keidanren) 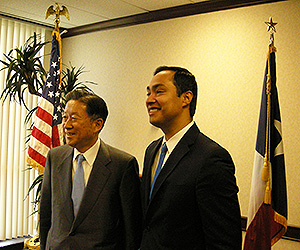 (Texas) Congressman Castro and Chair Iwasa,
the Board of Councillors 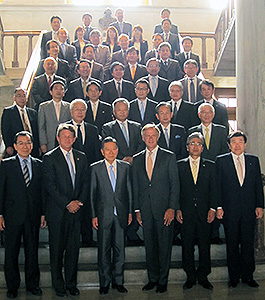 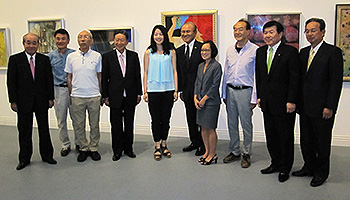 (California) With the leadership of the Japanese
American Cultural & Community Center 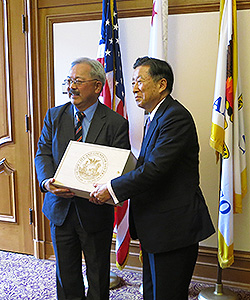 (San Francisco) Mayor Lee and Chair Iwasa,
the Board of Councillors 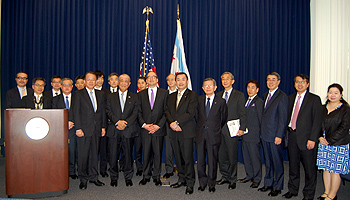 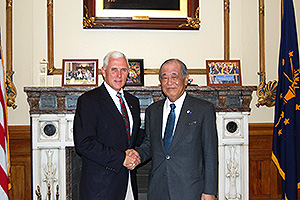 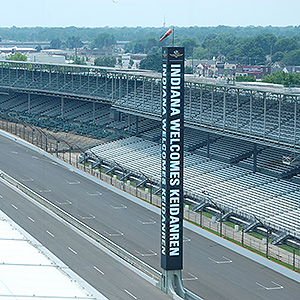 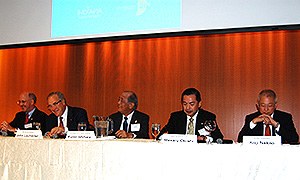 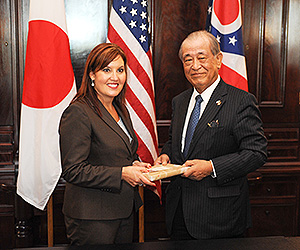 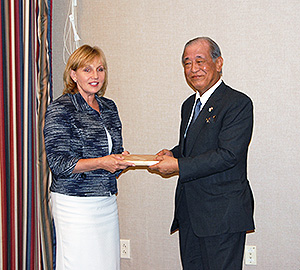 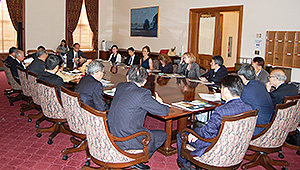